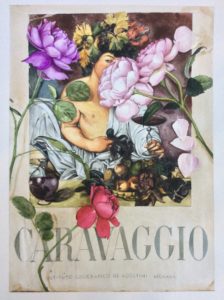 Peter Bregoli is a visual artist and designer living and working in Brooklyn, New York.  Floral motifs, textiles and patterns, art historical allusions, and trompe-l’oeil effects comprise some of the themes of his current series of still-life paintings, while the subject matter of the work is the cherished personal objects he surrounds himself with in his domestic life – the things acquired over a lifetime of collecting.
The flowers that appear in many of the paintings are harvested from the backyard garden that he tends alongside his husband. Spring weekends are spent in the garden anticipating the first flush of English roses. Summer is spent waiting for the first Dahlia blossom, Peter’s favorite flower. The many pottery pieces depicted in the works are souvenirs of European sojourns to artisan studios in search of traditional slipware ceramics. Other pieces that show up in the work mark nostalgic points in his life: the Mid-Century Modern glass pieces from Peter’s Mother’s collection, the Native American pottery acquired as a graduate student at Yale, and his husband’s Russell Wright pitcher that he brought into the relationship when the two met.
Just as writers and authors are oftentimes advised to write about what they know,  Peter paints what he knows, and just as importantly, paints what he loves.