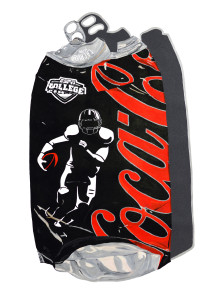 Claude Charlier is a French artist born in Nancy. Since childhood, his parents instilled a love for art in him by taking him to art museums, classical music concerts and giving him to have private lessons of painting, music and piano. His painting teacher always allowed him to follow his inspiration and only gave him advice that served him all his life. But, feeling that something was lacking, Claude picked up a camera and started to photograph all the events occurring around him. That’s how he had his first scoop in Paris Match at the young age of 19 and was asked to work for the magazine.

It was  during that time that he met  Terayama Shuji, writer & director of  the Tenjo Saijiki, and also Suzuki Tadashi director of the Wasedo Shogekijo.  Claude began collaborating with them and also wrote and directed his first theater play. Throughout his life, spending time with people like John Lennon, Muhammad Ali, Akira Kurosawa, Pierre Cardin, Paul Schrader, etc… really gave him a new perspective of life as an artist. So, Claude decided to go back to painting and that’s how the Pop World Project was born – using soda cans, cigarette packs, and vintage lunch boxes  that he had collected for years, he turns them into hyper realistic paintings on canvas.